The NFL season came to an end with the New England Patriots defeating the Atlanta Falcons in Super Bowl LI, which was the first Super Bowl to go into overtime (I hit both the Pats -3 and over 59). Now that the 2017 Super Bowl is in the book, it’s time to take a look at the upcoming 2017 NFL season and 2018 Super Bowl Champion.  Below I’ve listed the teams with the best odds of winning the Vince Lombardi trophy and given my pick as to some smart futures bets for next season.

The odds are all taken from Bet365.com, our top rated site for betting on sports online.

According to Bet365, these are the teams with the best odds of winning Super Bowl LII this season. You can check out the full odds by visiting Bet365.com.

There are the 10 teams with 20/1 or better odds to win the Super Bowl next season.

As defending champions, the Patriots will enter the 2017 season as the favorites to win the Super Bowl. The question on everybody’s mind right now is will they be the first team to repeat as champions since they did it in the 2003 and 2004 seasons? 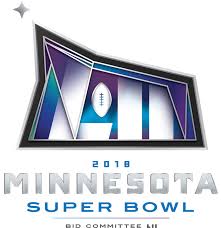 The only worry I have about the Patriots is that Brady will be 40-years-old by the time the season starts, and could have a decline in skills similar to what Peyton Manning went through in his final two seasons.

Last season, the Oakland Raiders were unable to find out just how good they were during the playoffs after losing quarterback Derek Carr to in jury in the final week of the regular season. Before his injury, Carr was a front runner for the MVP award, if he plays as well as he did last season, the Raiders have a real chance to win the Super Bowl, so consider taking them at +1800

In the NFC, the Packers have the second best odds of winning the Super Bowl, but they seem to have a lot of issues they need to address in the offseason before I can consider them a serious contender. As currently constructed, their secondary and running game cannot take them all the way.

The Dallas Cowboys are the NFC favorites to win the Super Bowl, and on paper, they are the best team in the conference. However, it is difficult to determine if quarterback Dak Prescott will enjoy the same level of success he did last season. The unresolved Tony Romo issue is also something to keep an eye one.

The Atlanta Falcons have the third best odds of winning the Super Bowl in the NFC, but I like their odds the best because they are returning most of their top ranked offense and can add some players to help improve the defense in the offseason. At +1400, you’re getting a great return if they win.